Prescribing of Opioids and Opioid-Related Mortality in Ontario: 2004–2006

Download the full PDF report: Prescribing of Opioids and Opioid-Related Mortality in Ontario: 2004–2006.

In 2011, we reported rates of opioid prescribing and related mortality in Ontario in Healthcare Quarterly.
The map included in the original publication is replicated below with permission from the publisher, along with the County-level prescribing rates and opioid-related mortality rates that underlie the map (Table 1).
Additionally, annualized rates of opioid-related mortality between 2004 and 2006 have been generated at the level of the Public Health Unit in Table 2. There are 36 Public Health Units that administer health promotion and disease prevention programs in Ontario.

Please contact Tara Gomes (tara.gomes@ices.on.ca) with any questions relating to this report. 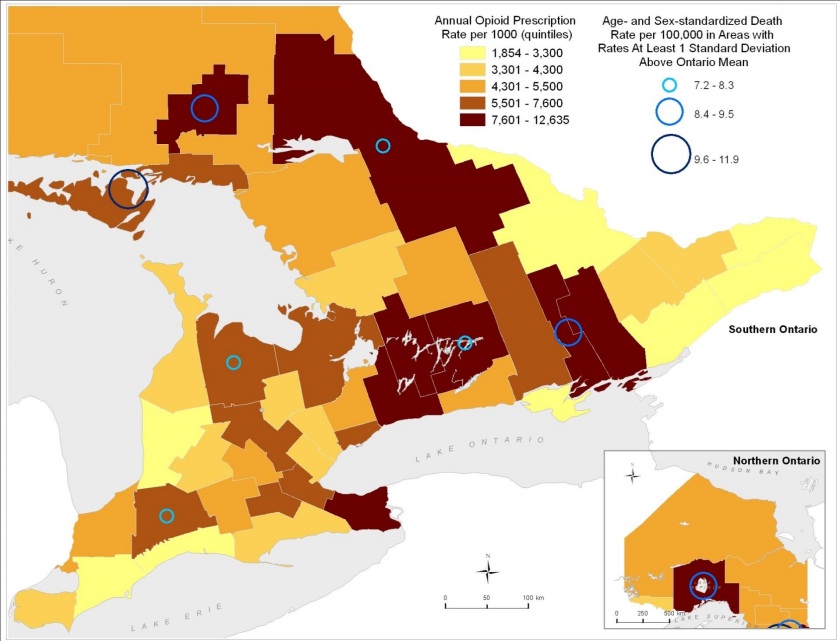 Please note that this report is NOT COMPLETE and is still in progress. Click below if you would like to continue.